Discover the changing shape of exploration throughout the ages.

Delve into the earliest voyages of Vasco da Gama, the opening of trade with the Spice Islands, the colonisation of the Americas and Australasia, the search for the Northwest and Northeast Passages, and finally the race for the Poles with this robust primary source collection. Featuring rare manuscript and early printed material, highly illustrated maps and documents, diaries and ships' logs from some of the most well-known voyages in history, this collection provides access to key events in the history of European maritime exploration from c.1420-1920. 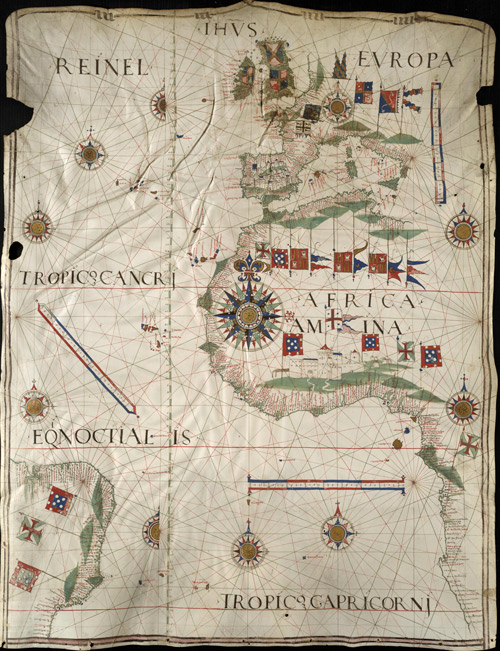 Sourced from the British Film Institute and the Explorers Club, Age of Exploration includes a selection of speeches and films relating to the Arctic and Antarctic explorers of the early-twentieth century. Listen to Commander Peary's address before his unsuccessful attempt to reach the North Pole in 1906 and his speech in 1908 after having claimed he reached the Pole. We also have a phonographic recording of Ernest Shackelton discussing and describing his Nimrod expedition to the South Pole in 1907-09.

Silent film, South - Sir Ernest Shackleton’s Glorious Epic of the Antarctic features footage from Shackleton's Endurance expedition; the expedition itself was intended as the first to cross the Antarctic by way of dog-sled, however the ship became trapped in ice and eventually sank. The incredible tale of this expedition records how the entire crew survived after months trapped on an ice sheet before sailing a lifeboat to Elephant Island, and how Shackleton then managed to captain a team of five men hundreds of miles to South Georgia to sound the rescue alarm.

This is Antonio de la Ascensión’s account of Sebastián Vizcaíno's voyage along the coast of California, from Acapulco to San Francisco, in 1602-1603. Commissioned by the viceroy of New Spain, the conde de Monterey, Vizcaíno, Father Ascensión, two other friars, and 200 soldier/sailors set sail in 3 ships from Acapulco on May 5, 1602, to explore the California coastline, take soundings for the bays and ports, and search for the legendary city of Quivira.

After the party returned to Acapulco in March of 1603, having lost 40 men along the way, Father Ascensión offered his conclusions that California was an island and that Quivira could be found in the province of New Mexico.

This fascinating document includes drafts of letters and essays relating to the line of demarcation drawn by Pope Alexander VI, designating which parts of South America would be controlled by Spain and Portugal.

An account of the travels of Niccolò de Conti, who travelled in the East for more than twenty-five years, and reported his travels to Poggio Bracciolini, papal secretary in the mid-fifteenth century. De Conti, a Venetian merchant and explorer, travelled to India, Southeast Asia, and possibly Southern China; the observations recorded in this volume cover a wide range of subjects including animals, spices, topography, and various cultures.

Wm. Keelings journall of his 3d voyage to East India as he sent it to the Honor[a]ble Compa[ny]

An account of the third trading voyage under the aegis of the (English) East India Company. Includes detailed descriptions of European traders' operations in India, navigation, and provisioning. 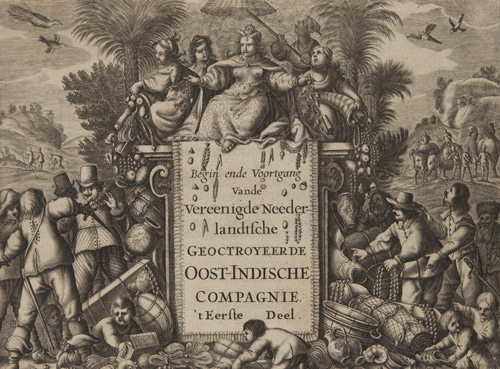 A manuscript guide for navigators sailing from Portugal to India, containing instructions, navigational aids and sailing directions for a number of coastlines and the course across the Pacific. The volume also features nine coloured portolan charts.

This illuminated manuscript compendium dates from c.1410-1412 and is sourced from Bibliothèque nationale de France. It was produced for John the Fearless (Jean I of Burgundy) and comprises of geographical works and accounts of travels in Asia and Africa. 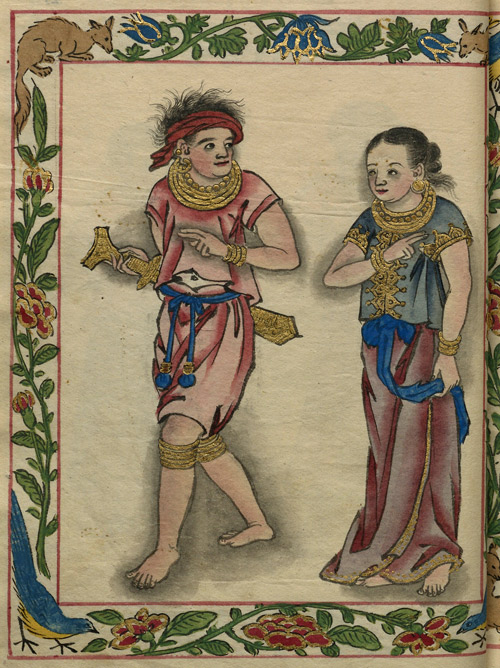 Sino-Spanish Codex (Boxer Codex) This well-known Spanish volume of early ethnographic illustrations and notes describes countries, empires, peoples and their cultures, from areas bordering the China Sea, focusing largely upon Japan, China and the Philippine islands. It includes several very colourful images of people, deities and a variety of animals, both real and mythical.

Manuscript maps derived from an early 16th-century edition of Ptolemy’s Geographia This volume is based on maps included in Ptolemy's famous Geographia. It features 26 maps at the back of the volume, including ten of Europe, and maps of Africa and Asia.

Banks was an extremely influential figure within eighteenth century scientific and political society. President of the Royal Society, a well-respected botanist and proponent of the British colonisation of Australia, he was heavily involved in the establishment of Cook’s first, and subsequent expedition. Age of Exploration contains a number of volumes of Banks’ correspondence sourced from the British Library.

Kane was among the most popular American explorers of the mid-nineteenth century. Following a fascinating naval career that saw him travel to China, the Philippines and Western Africa, Kane became involved with two expeditions to the Arctic aiming to locate the lost explorer, Sir John Franklin and find evidence of an open polar sea. The Papers of Elisha Kent Kane from the American Philosophical Society contain a mix of personal and family correspondence relating to all of Kane's explorations.

A variety of secondary features provide further tools for teaching and research: